As I uploaded my first novel, The Dark Proposal onto Kindle this month, I was thinking back on the people who inspired, encouraged and helped me be a writer throughout my life. I knew I wanted to write a book ever since I knew what a book was, so there were many opportunities for me to meet those who will lay the foundation stones in my becoming a novelist. I am grateful for all of them.

Of course, I had my family. My parents and older sisters watched me spend a lot of time writing stories while I was growing up. They never rolled their eyes when I would tell them I was going to be a writer someday and get my books published. My family actually thought it was cool that there was someone who could create The Great American Novel in the family.

Some of my friends thought it was cool, too. Sometimes I would share my work with them and get good feedback, though these days, I’m not so sure if they were complimenting me because I actually wrote well or because I was their friend.

Most of my teachers were pleased that they finally had a student who could orchestrate a sentence with no problem. I would ask some of them what it was like being a writer and being published. Although none of them were major writers, it was still cool for me to be in the presence of someone who had their work published.

But of all the people I met during my journey to become a published author, those who I thank the most were the ones who were anything but encouraging. They were the ones who ripped apart my work. They were the ones who questioned my ability to tell a story in voices filled with doubt. It was tough to hear what they had to say to me, because a good part of me thought I could be a storyteller. But I was proven wrong time and again. 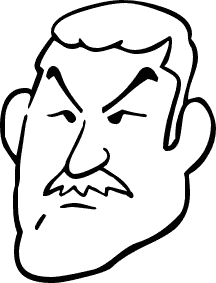 But you know what? I’m thankful that they weren’t very nice in critiquing my work. I’m glad I had my confidence shaken. I’m also pleased that they didn’t believe that I could actually write a decent story.

Because I desperately needed to get in touch with reality. Even though I had earned As in every English class I ever took and even earned a Master’s degree in journalism, I really didn’t have a full grasp of what mattered in a novel. Even though I was always an avid fiction reader, I was missing some of its major ingredients. Writing a novel is not learned over night and I highly doubt anyone can write “War and Peace” in their first attempt at a novel. It is a process that can take months or years, depending on your time and effort. There’s a lot of practice that goes into the art and craft of writing fiction, and you need the right people to tell you what you’re doing right and wrong – especially wrong.

For me, it was the organizer of the writers group I found on Meetup.com. I’ll never forget the giant smirk on his face as he tore apart a synopsis I submitted, which, I admit today, had a lot of flaws to it, story-wise. While I was angry that he knifed me over the slightest flaw in front of one dozen people, he taught me something very important: pay closer attention the details of every setting, character and background story. I couldn’t just throw something together because it sounded awesome in my mind; I had to thoroughly analyze and even do some research to make sure what I was creating made sense. Had I done that before submitting that synopsis, I would’ve saved myself some public humiliation.

Another was the instructor of a writing workshop I took one year. She was an established author with two bestsellers to her name, so she knew the drill. There were times when I submitted something good. But there were also a few times when there was stunned silence in the classroom because what I sent in was so horrendous. I was shaken to the core when she wondered aloud if I could really write a novel because the dialogue I had written in one submission was – to put it kindly – silly. Granted, I had a severe case of writer’s block when I wrote that piece, but I was quite embarrassed by what she said. From there, I learned how to really give voice to a character.

I think sometimes you need to be embarrassed when you are learning something. I am certainly not saying shame is a must in life, but humility is. Before meeting those two people, I was convinced I could write a novel well. Ha! I laugh at that now. It was through the harsh criticism that I learned I still had a long way to go in learning my craft. It was a difficult, yet necessary step I had to take. The doubt I experienced after those incidences was overwhelming to the point where I struggled to write for a while.

But what kept me going? I’d say it was me being a perfectionist. I didn’t join that meet-up group or take the workshop to brag about myself; I participated to make sure I knew what I was doing. I had enough sense to realize I may not have all the answers when it came to writing a novel. And when I found out that I knew a lot less than I thought, the perfectionist in me urged me to learn from my mistakes and keep writing. It was a humbling experience to have my work – and maybe even myself – ripped apart, and I’m actually grateful that. What if I didn’t learn from my mistakes? What if I got an attitude with those two and stormed away, never considering the worthy points they were making?  Where would I be now? How else would I understand the reality of writing a novel?

So, as I sat and waited as my baby, The Dark Proposal went out to the world, I thought about that giant smirk and that stunned silence. Those moments were worth it. And to those two people I genuinely say: thank you for ripping me apart.