I love hearing about other authors’ take on vampires. I think its safe to say we all have our own view on these immortal creatures, so it is fun to chat with authors and their vampires. That is why I was happy to interview poet and self-published author, Stella Coulson, about her novella series, “Whitby After Dark” – which makes me want to learn about Whitby in Yorkshire, England.

MC: You’re both a poet and an author. Which one do you enjoy more?

SC: I tend to write Poetry far more – Because it is less complex to create due to moments of inspiration not drying up by the end. Stories are far more complex, even the short ones; every character has its own life, idiosyncratic tendencies, direction, quirks etc. I prefer to write stories as its complexity is a challenge. Being a writer is like having a universe in your head and trying to find a doorway to the tiniest part of it.

MC: Why did you choose to write a novella instead of a novel?

SC: Volume 1 of the novella Whitby After Dark, will be part 1 of a novel. Part 2 will be soon, followed by part 3 and so on. Each one follows different story arcs – The 1st one being the introduction of Lenore who has visions of the future and death and her discovery of a hidden supernatural world within a small coastal Town. It follows Lenore’s abuse, her triumph against him (the abuser), and the tracking of a serial killer Demon and it’s downfall . The follow up – Volume 2 will be about a hidden dimension within Whitby Abbey and a journey through the Fae realm to rescue a family member of Seth the Shifter Wolf. In time all novellas will be put together as a complete novel. Stephan King’ novel ‘Green Mile’  was originally six separate volumes. I was greatly inspired by this. 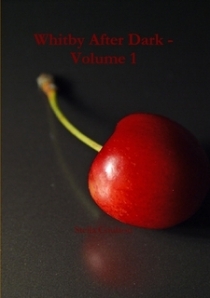 MC: What is it about vampires that intrigue so many, in your opinion?

SC: It’s the fear of the unknown that races our pulse and intrigues us. They are a powerful being and power is an attractive quality,, plus the fact they don’t age. A man or woman who has the mind of a vast age within the form of a eternal beauty is incredibly appealing, which I suspect is why they have in the last hundred years or so, been romanticized. Let us not forget they are terrifying creatures that prey upon feed and often kill humans, which are horrific but fascinating – They are the ageless serial killer.

MC: You once lived in Yorkshire, England. How much of your portrayal of Yorkshire in “Whitby After Dark” is accurate? Is there really a Whitby and is it really Gothic?

SC: There is indeed a real Whitby. It is a rather gothic place – in fact a Goth Weekend is held there 2 times a year, where people dress in; Gothic, Victorian, cyberpunk, steampunk etc,  and have live music, a Masked Ball and so many cool things.  Whitby was in fact the place where Bram Stoker had ‘Dracula’ get shipwrecked, as well as Stoker writing much of his masterpiece there. I myself wrote several chapters of Whitby After Dark there. One can’t help but be inspired by the gothic architecture and beauty of the place.

MC: You self-published your book, both in eBook and via Lulu. Is there any difficulty in self-publishing a traditional book?

SC: An Indie Author has to be their own publisher, editor, publicist, agent advertiser et al, so they are very busy. There are difficulties for both published and self published. The journey to become conventional published is tenuous in terms of getting there if at all. Those lucky enough to achieve this goal have different pressures; Tight deadlines, insane amounts of criticism, and having to deal with media and so on.
MC: Do you think there is still for self-published authors?
SC: I think it used to be far more difficult to self publish prior to the internet. The invention of online publishing has made the production aspect far more convenient. The online publisher I use – lulu prints to order and sends the book to order, thus taking away the stress of having to pay for the making and storage of each book. Lulu takes a percentage of each book sale, making it agreeable to them and myself. This said; the real challenge is getting recognized, getting the word out due to having no agent or publicist. I owe a lot to the incredible social networks online and word of mouth in the sales of my novella.
Thanks Stella! Looking forward to the rest of your series!
Here is where you can learn more about Stella and her work:
Official Website
Facebook
Whitby After Dark – Paperback
Whitby After Dark – eBook