Redemption. What does the word conjure up when you think about it?

We all fall short, and we all make mistakes. And we all have to pay or fix those mistakes. But when it comes to redemption, to me at least, we redeem ourselves from major, life changing mistakes that take our life’s path in a totally different direction. A direction that we did not intend, yet were too blind by something to not realize that we were going to veer off course. 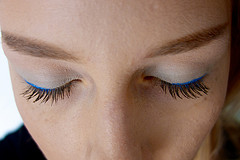 I’ve been down that road, and there’s nothing quite like looking back and wondering why I took the road that took my life in a direction it should not have gone on.

The good news is, I’ve been getting back on track and fixing my life, and becoming someone who I was meant to be, rather than running away from my potential and talents. What I’ve learned is that there comes a point in life where you simply cannot doubt yourself anymore or else you’ll have more problems than you need. Plus, you never really grow. Since I value personal growth, I had to learn the hard way that insecurities are really limiting, and I had a choice to get over them or give them up if I wanted a better life.

So I made the choice to give them up, and now I’m setting on a more better path for myself. Too bad there are lots of consequences that I have to deal with, such as starting over again professionally, financial sacrifices and consequences. But I am more at peace with myself, and where my life is headed.

I hope for the same for my main character, Claire McCormick. Some of you may recall in the first book of my trilogy, she made a lot of mistakes that led her onto a path she couldn’t really get off of. Now she is stuck in a life she never wanted, but ended up on because of her flaws and naivete. Granted, she’s a young girl, just 22 years old and just out of college. Like many at that age, she thinks she can survive easily yet is wrought with insecurities. And she paid a heavy price for her actions.

The second book of my trilogy will focus on Claire’s redemption. She is not the same person she used to be. Aside from being a vampire, she’s been through a lot and is now more unsure of who she is and where to go in this life that she didn’t ask for. That uncertainty is ripe for either self-destruction or self-redemption. However Claire chooses her path determines not only her future, but the future of the vampires, which is growing increasingly insecure with modern technology.

Redemption can be fun. It can also be scary. It can be painful. It also can be relieving. Either way, I believe when one is committed to redemption, it is a journey filled with new beginning and painful endings, great reminders, and agonizing truths. But its a path no one can ever avoid, no matter how hard we try.

how to write, life is a journey, self-published authors, the writing process, writing

Here is part two on my look back on what I’ve learned since self-publishing my book one year ago this. The first installment can be found here.

But I really wonder if I didn’t approach everything correctly. When I began working on “The Dark Proposal”, a temp job had ended and I was one of the millions who was unemployed. It’s devastating to be in that position, because it is as if your life is at a total stand still and the future is unknown. You may a get a job tomorrow, you may get one in one year. The uncertainty can weigh heavily on a lot of people.

At this time, I decided to be serious about writing and publishing a book. I had dreamed of doing so since I was a young kid, but I put it off to concentrate on school and my first real world job. Now my life was in limbo, and I wanted something to happen in my life. The uncertainty of my future was terrible. Besides, I had the time and energy to devote myself to this project, so why not?

It took me about six months to write “The Dark Proposal”. I began during NaNoWriMo in November 2011, dabbled in it during December, but really got into the story by mid-January. I was done by mid-April. It was exciting to write a novel for real. Before I used to write stories for fun. I would say those writings would become actual books, but this time, I truly committed to completing and publishing a book.

I was delighted with what I created, and I still am. However, there are times when I look over my work, and say to myself, “Hmm, maybe I could’ve written this differently”. I mean, I probably should’ve thought through a few scenes and a few characters better. But since I am working on the sequel to “The Dark Proposal”, I should be able to fix what I can and explain things better.

I think the questions on my mind for my anniversary is that, did I allow my need to be productive in my life prevent me from doing a better job? Was I really ready to write a book? Was my book really ready to be released to the world? I am a perfectionist to the point of insanity, so maybe I am looking from the wrong angle.

Hey, granted, I did had a good journey. I did learn a lot about writing as I wrote my first book. Some I wished I had learned sooner, but others I am glad I took note of. It was an experience that I’m glad I went through and it made me a better writer, which I hope I can show in future works. Fortunately, I will know then that it is better to slow down and not be so worried on an uncertain future, and then you can produce better work.

But please take it from me: have no regrets about your learning process. It’s worth it 🙂